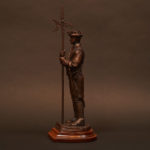 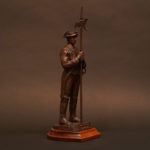 Bronze on a wooden base. 14.5 inches tall. Edition limited to 49 figures.

While living in Madrid in 2009, I decided to create a military figure related to that city. The Spanish Royal Guard was the perfect motif. I decided to do two different Royal Guard figures, one representing a Halberdier and the other a Guard on horseback.

I started this halberdier in plasteline but something went wrong, then I repeated it in lost wax. Due to a new move I had to finish this figure really fast because I wanted to have the bronze casted before a new moving. I had it done in December 2009 right before moving to Washington DC in January 2010. 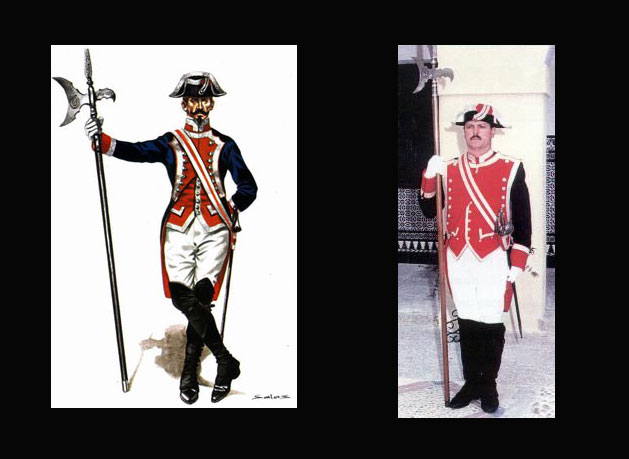 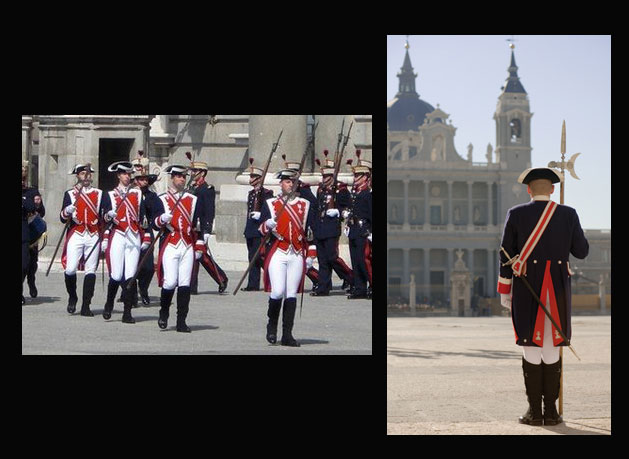 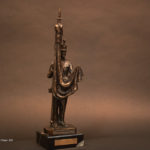