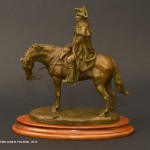 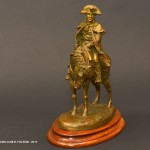 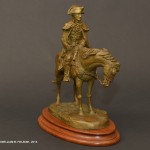 I could see a copy of  W. Trego’s painting; “The march to Valley Forge” almost everyday in one of the Pentagon corridors close to my working space.

This figure represents George Washington on horseback, based on  Trego’s painting.

Trego’s painting is amazing. It depicts the ill-equipped, weary from long marches Continental Army during the winter of 1777. That was a key moment in the Revolutionary War since Washington’s Army, struggling to survive against terrible odds, was able to cope with that harsh winter to become some months later a well trained force ready to fight British forces. This painting represents the triumph of the Will and also the birth of a Nation. With no doubt it was a perfect motto for a sculpture.

I started this figure in early 2011 and finished it in November 2012. Most of this time I had it on the top of my table in my studio but I did not have time available to finish it. However, this fact provided me with  the posibility  to think of it and observe it thoroughly. I had never observed any of my figures during its process as much as this one…

Initially I wanted to make a copy in 3D of  Washington’s image in the painting, however to turn an image  of a painting into a sculpture is not that easy and what looks perfect in 2D can seem odd in 3D as it happened in this case. So I finally decided to put a personal hallmark on it. I also tried to show together with the figure something that is not visible. I am talking about the wind , what is making the horse and the cloak move…  Hope you can feel it!

I think this is the most complete and reflected upon piece I have made so far. 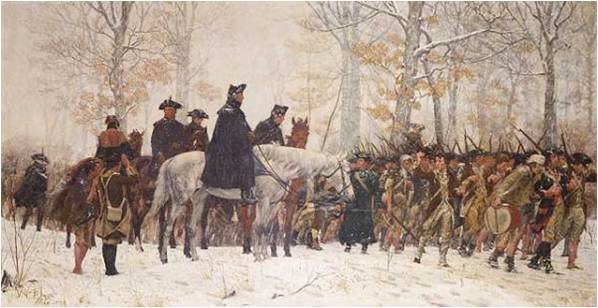 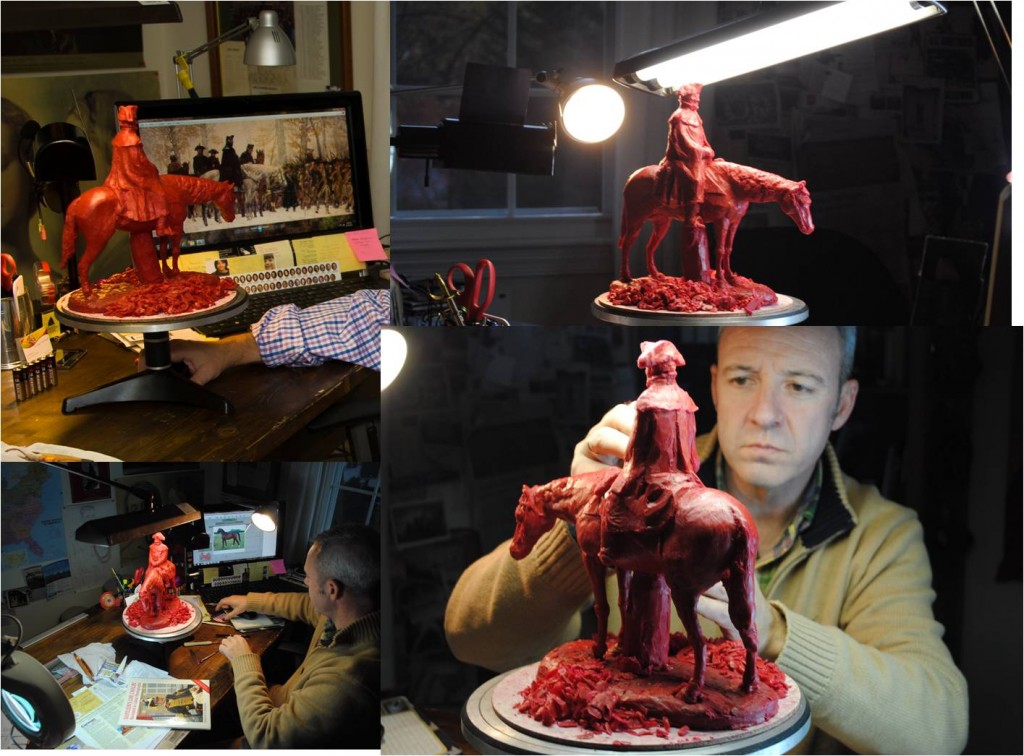 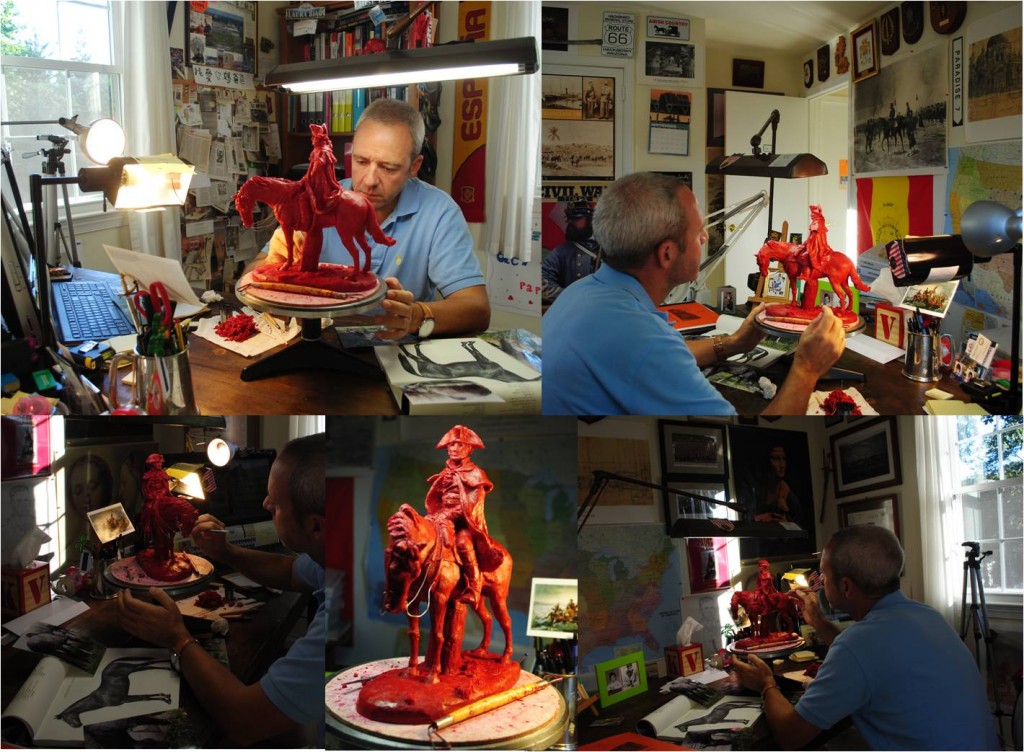 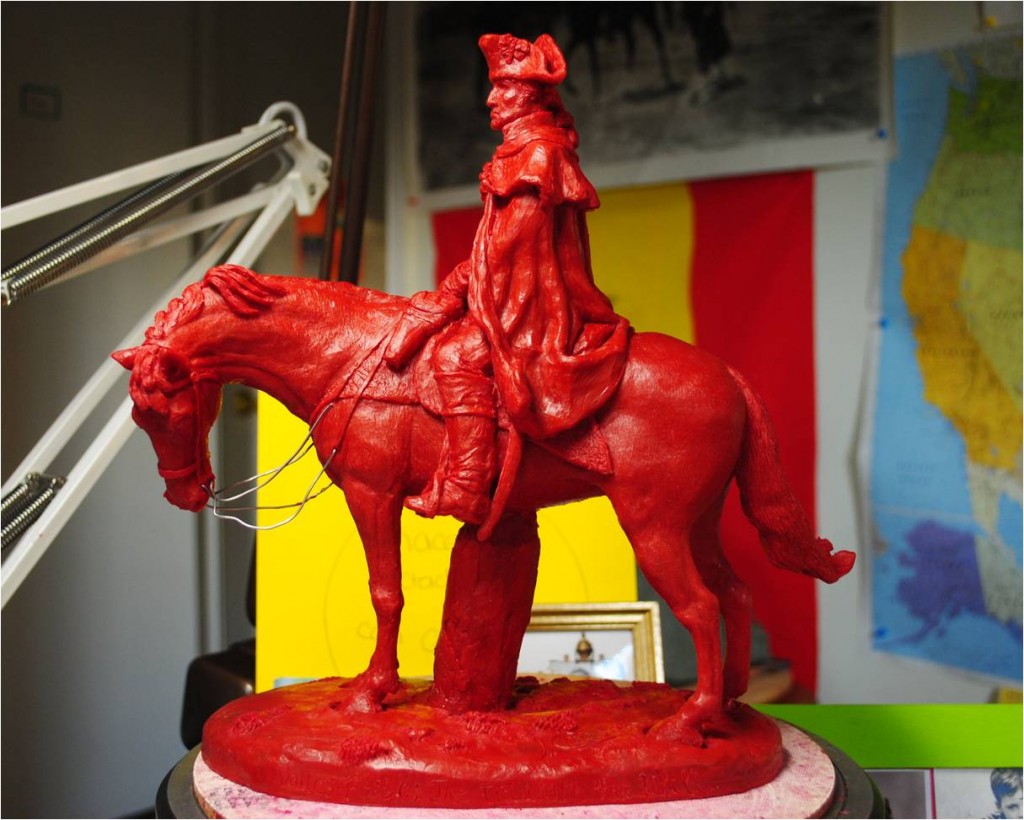 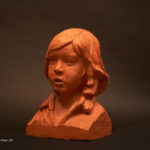 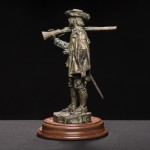