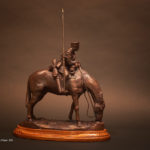 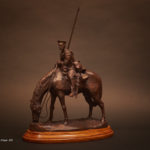 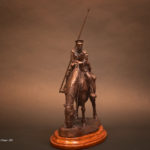 The Battle of Mons was the first major action of the British Expeditionary Forces (BEF) in the First World War of 1914.  At Mons, the British army attempted to hold the line of the Mons-Conde Canal against the advancing German First Army. Though initially planned as a simple tactical withdrawal, and executed in good order, the British retreat from Mons ultimately lasted for two weeks and took the BEF to the outskirts of Paris before it was finally able to counterattack, in concert with the French, at the Battle of Marne. The British 9th Regiment of Lancers was part of the BEF sent to Europe to fight the German Army. Since the battle of Waterloo a century back in time, no British soldier had stepped this area of Europe.

This figure was a commission of a British officer in SHAPE that belonged to this Regiment. He attended my exhibition in March 2006 and liked the French hunter on horseback. He wanted that figure but turned into a British Lancer. Since he had the original uniform of the Lancers of 1914, and also the horse, thanks to the pictures he provided to me it was easy pixy.

I started it June 2006 in Mons and finished it in Madrid, where I moved due to a new appointment in September of that year. 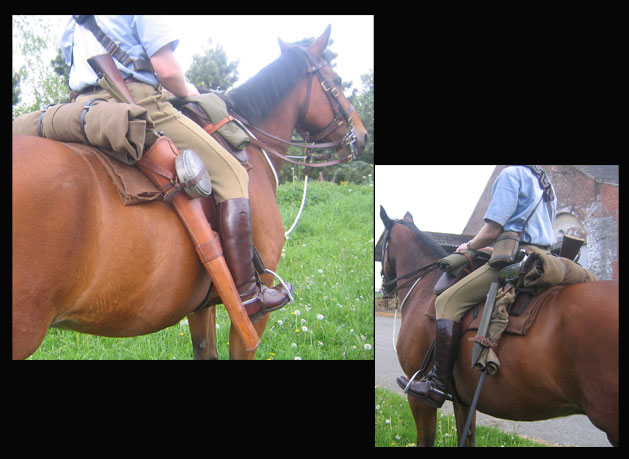 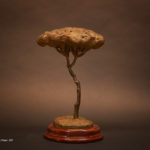 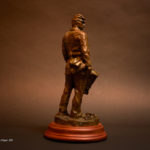