Bronze figure on a marble base.  14.5 inches tall. Edition limited to 49 pieces.

James I the Conqueror, 2 February 1208 – 27 July 1276, was the King of Aragon, Count of Barcelona and Lord of Montpellier from 1213 to 1276. His long reign saw the expansion of the Crown of Aragon on all sides: into Valencia to the south, Languedoc to the north, and the Balearic Islands to the east. By a treaty with Louis IX of France, he wrested the county of Barcelona from nominal French suzerainty and integrated it into his territory. He played his part in the Reconquista “the Recapturing”. It was a period of almost 800 years in the Middle Ages during which several Christian kingdoms succeeded in retaking the Muslim-controlled areas of the Iberian Peninsula broadly known as Al Andalus. The Reconquista of Al-Andalus began soon after the Islamic conquest with the formation of the Kingdom of Asturias by the Visigoths under the leadership of the nobleman Pelayo.

This figure is based upon the sculpture of James I made by the Spanish sculptor Viciano Marti and placed in the King’s square in the city of Castellón de la Plana.  I started this figure in November 2002 and finished it in January 2003. 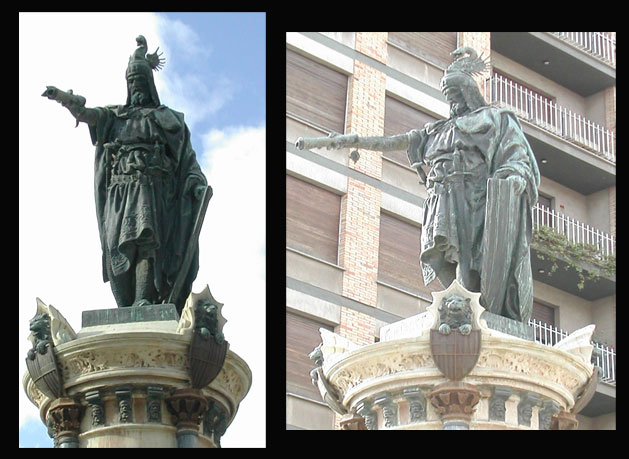 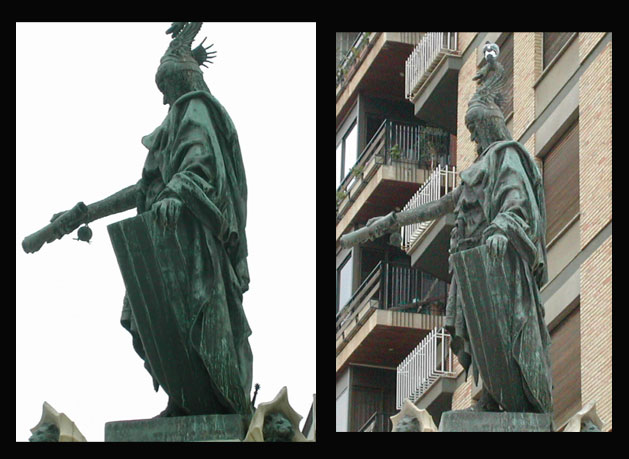 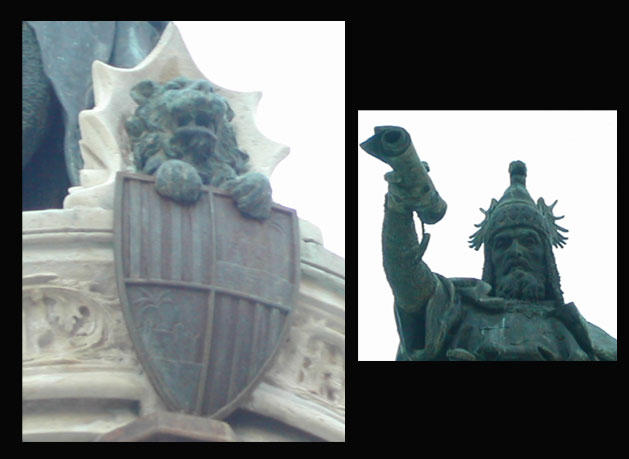 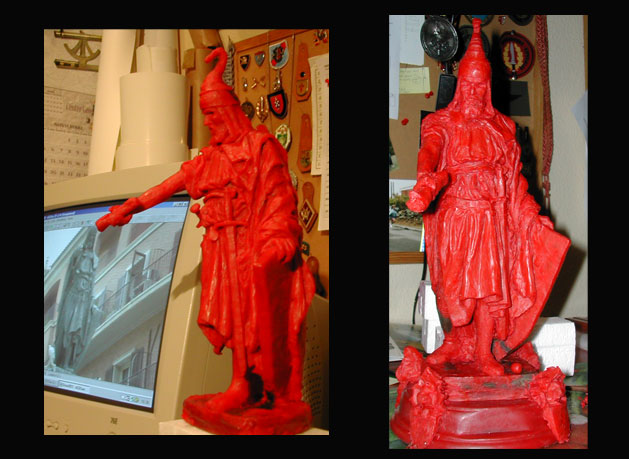 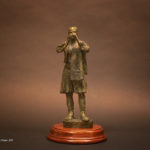 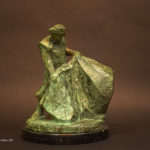