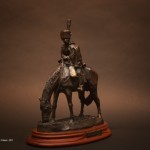 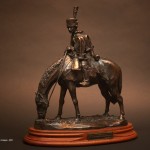 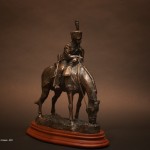 This figure proposed a new challenge for an inexperienced sculptor like me; to sculpt a horse.

I started working on this figure in Castellon at the end of 2002, however, because a lack of time to work, it remained unfinished. Initially it was expected to be a “Bugler of the Montesa Hunters” based on the painting of J. Cusachs i Cusachs.

I took the figure in wax half done to Belgium and there I turned it into a hunter but in this case a Hunter on Horseback from the Napoleonic Army, Battle of Waterloo, June 18, 1815. It happened that I attended the reenactment of the Waterloo battle in June 2005.  I was astonished there.  It was really awesome! 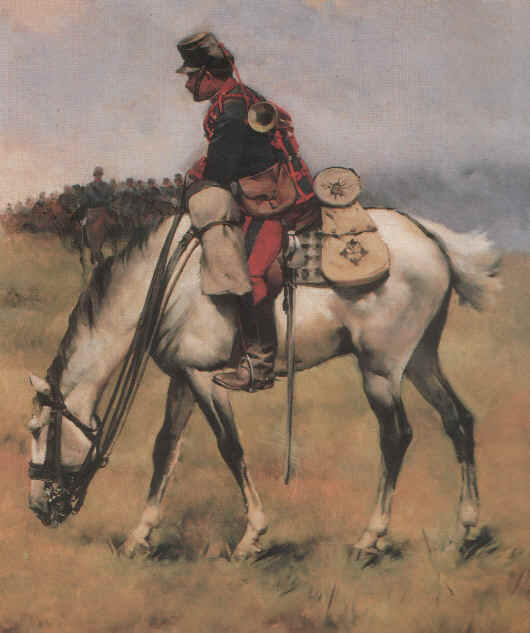 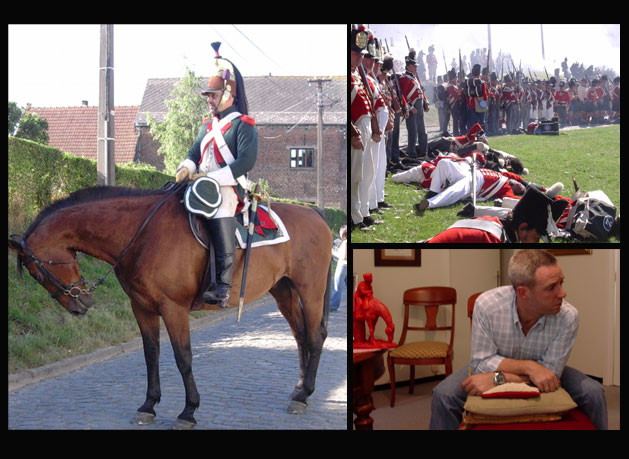 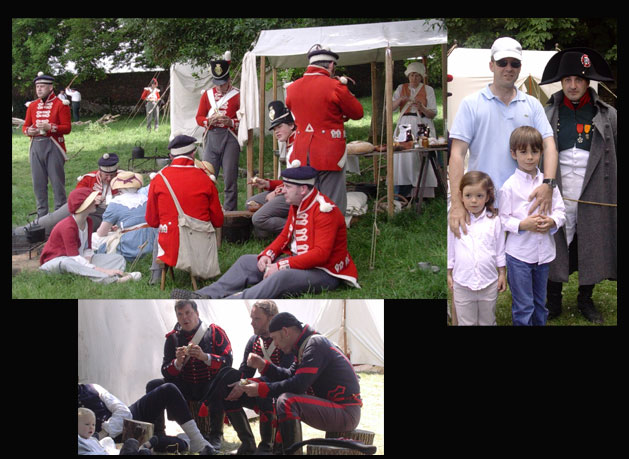 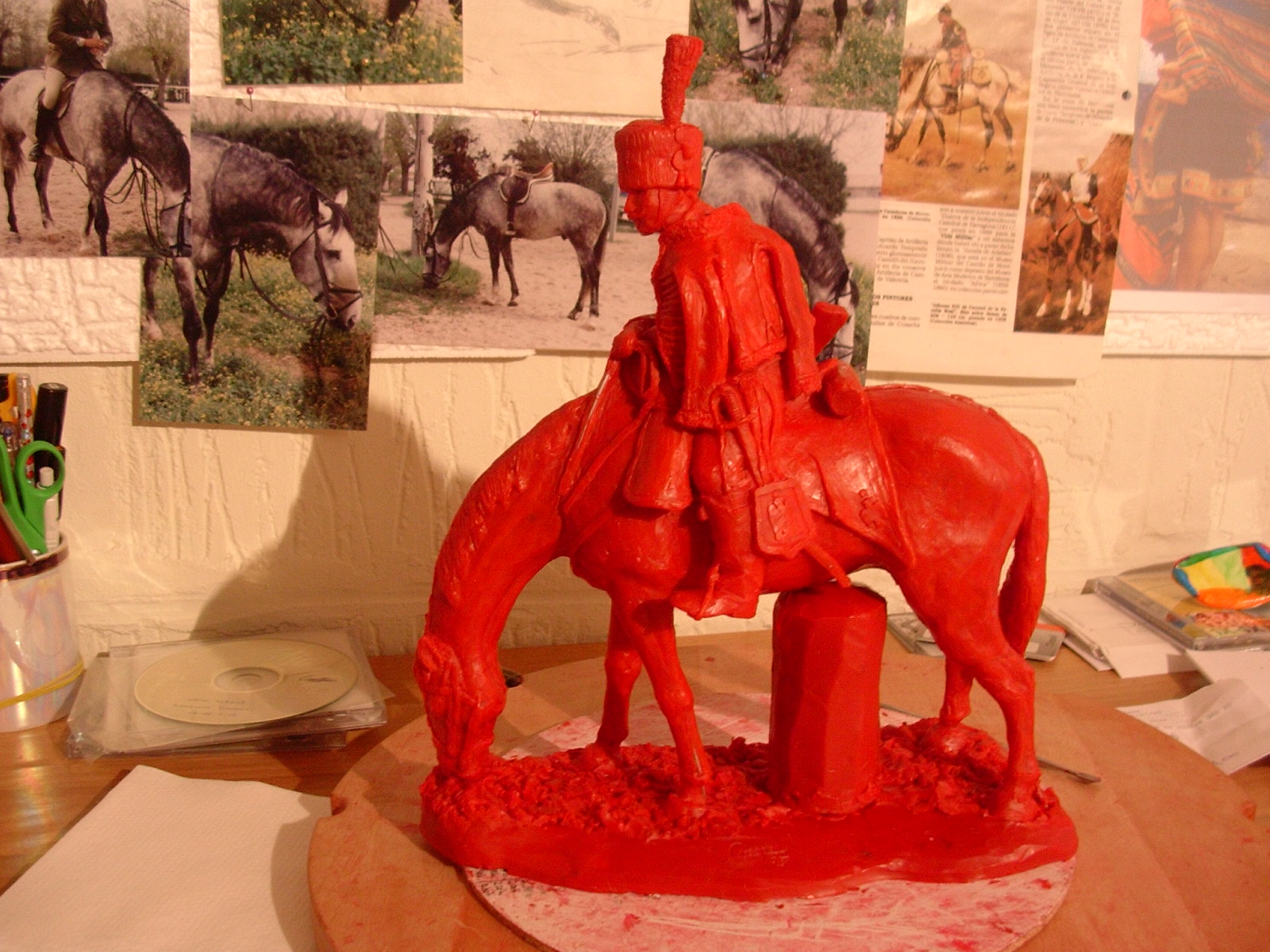 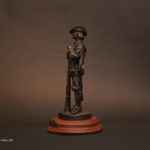 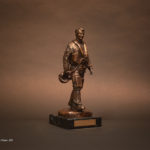